Rediscovering the art of Fabergé

Carl Fabergé and his part in me becoming a Jewellery Appraiser

Whenever a piece of period enamel jewellery crosses my desk, it triggers a memory of my studies into the world of Fabergé. The early exposure to Russian collectibles first came from admiring the ornate silver-gilt salt spoons decorated with enamel and cloisonné followed by the guilloche enamel egg pendants that stirred the fires of a passion that would endure. Great fascination was captured by the distinct engine turned patterns visible below the surface of the translucent enamel that adorned each of the egg pendants. Each egg pendant was so individual, from its colouring to its embellishments that one could easily be captivated. The coloured enamel was so full of depth, never gaudy and so vividly memorable that it was incomparable. These items along with their rich history would eventually cement my professional ambition to become a jewellery appraiser. The memory of the variety of Russian silver-gilt collectibles and jewellery items in the shop showcases still springs to mind from time to time. Handling those pieces and showing them to potential customers was thrilling particularly when it was a favourite piece. Sharing the history of the item with potential buyers helped to captivate their imagination and created desire.

The name Fabergé evokes images of art, beauty, mystery, and craftsmanship beyond anything that could be imagined at the time. Becoming a voracious reader of art and jewellery books on the works of Carl Fabergé and the Maison's history during the late 19th and early 20th centuries helped with understanding the man and his art. The House of Fabergé was known as the preferred royal jeweller and purveyor of art objects to the Royal court and to European high society. Fabergé's association with the ill-fated Imperial Royal Family, their commissions of his magnum opus Imperial eggs would be remembered forever in the annals of history.

Peter Carl Fabergé took over his father, Gustave Fabergé's, conventional jewellery business in 1870 at the age of twenty-four after he returned from six years of apprenticing at the various workshops in Europe where the elder Fabergé had sent his son to learn the skills of a master goldsmith. In the early years of his business Carl had not quite refined the mastery that his workshop would display in later works.

The younger Fabergé believed that the value of the objects should be in the craftsmanship lavished upon it rather than the materials it was composed of. This would be the guiding principle of his workshop that would ultimately bring his business fame and success. Carl believed that craftsmanship of the highest order was necessary in order to break away from the shoddy mediocrity that other jewellers were promoting to their customers. Fabergé was unafraid of using some of the humblest materials in his masterpieces that once these materials were meticulously hand carved, formed with precision, and polished contributed to the beauty of his objects.

Carl Fabergé's philosophy of never sacrificing quality or craftsmanship would guarantee that his workshops would gain the patronage of Royalty at home and abroad along with the wealthy elite. The Imperial Family would commission him to produce the First Imperial Hen Egg in 1885, consisted of a simple white enamel egg which unscrewed contained within a round golden yolk, and within the yolk was a golden carved hen figurine and in the hen was a diamond crown and a tiny ruby pendant.

The concept of the Easter eggs as objets d'art was not original. It had already been done by another, the St. Petersburg goldsmith Joseph Nordberg who created a silver-gilt Easter egg supported by four Orthodox crosses and decorated with the blue enamelled cipher of Czar Alexander II in 1870. This egg opens to reveal an icon of the Virgin Vladimirskaya.

Fabergé's genius was to elevate the traditional concept and craftsmanship to the highest order by creating a series of superlative Easter eggs for the Imperial Family over a period of more than thirty years. Fabergé's feat was unparalleled in the world of applied arts and would earned him a place in history as one of the last great jeweller-artists of the 19th and 20th centuries. Each of these eggs would surpass the previous one by virtue of its uniqueness and of the surprise within. The Imperial Family's reign was overthrown after over 300 years of rule and the entire family would be executed during the Russian Revolution of 1918. Subsequently these treasures disappeared and would not be entirely recovered until many decades later. A total of fifty Imperial eggs were made by Fabergé s workshops. Ten eggs were produced from 1885 to 1893, during the reign of Emperor Alexander III; 40 more were created during the rule of his dutiful son, Nicholas II, two each year, one for his mother, the dowager, the second for his wife. Of the surviving Imperial eggs a total of twenty-eight either carried a date or were dated next to the signature.

Carl Fabergé's workshops produced the most spectacular and sophisticated pieces of the late 19th and early 20th centuries. These objects featured their own specially blended coloured enamels, often juxtaposed by embellishments of modest gem materials such as rock crystal (colourless quartz), agates, jasper, malachite, nephrite jade and seed pearls to name a few. Together these materials would combine with precious metals to become the most recognized masterpieces ever produced from his workshops--the Imperial eggs and objects of vertu.

Fabergé's accomplishments were influenced by his affinity and fascination with Orientalism, from the antique Chinese snuff bottles, carved Indian jades, and especially the folk art of netsukes from Japan. Today, Carl Fabergé's own personal collection of netsukes are now housed in the Hermitage in Leningrad.

His workshops were among the last to ever produce objects of unsurpassed artistic and technical precision. Fabergé's pieces were never mass-produced or ever reproduced--they were one of. Fabergé's artistic vision, his devotion to perfection, the execution of his designs under the guidance and superior skill of his senior Workmasters would ensure that all the thoughtfully curated raw materials would be transformed into masterpieces.

Two favourites from the Imperial Eggs are: the Lilies of the Valley Egg (1898) which reveals the surprise of miniature enamel portraits of Nicholas and Alexandra's three eldest daughters Olga, and Tatiana surmounted by a ruby and diamond set Imperial crown when one of the pearls is twisted; and the Orange Tree Egg (1911) featuring a winding automaton which opens at the top of the tree to reveal a diminutive feathered bird which flaps its wings, turns its head, opens its beak and sings.

Today, Fabergé's master works, and objets d'art remain popular although one would have to have deep pockets to be a discriminating collector. Fabergé's collectibles remain the epitome of elegant society and good taste. Fabergé's designs continue to be copied, emulated, and imitated by generations of lesser makers, but none will come close to or equal the genius of the original master.

Carl Fabergé's objet d'art pieces are exquisite classics that cannot be classified. Each of Fabergé's pieces is imbued with his indelible spirit, possessing that inimitable virtuosity that will continue to be sought by collectors the world over hundreds of years from now.

Darlene is a Canadian Independent Jewellery Appraiser with a gem lab in Vancouver. Her jewellery-related career spans over 25 years and started at a retailer of fine curios and objet d'art, including those from the same period and location as Carl Fabergé. She is a Registered Master Valuer and her many credentials include a Fellowship of the Canadian Gemmological Association and a Certified Appraiser Professional of the Canadian Jewellers Association. 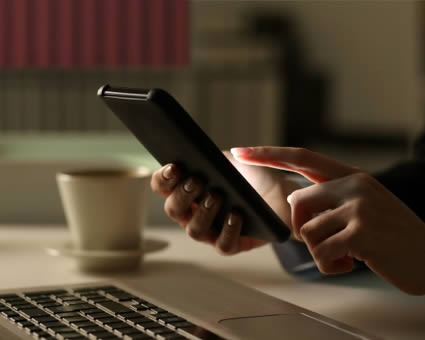 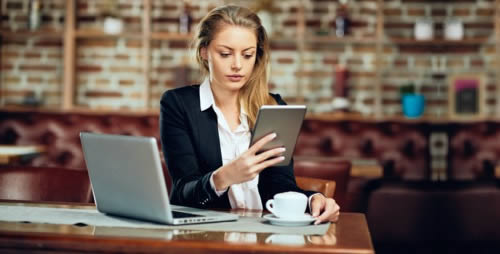 To avoid spammers, your comment or question will published after it has been checked.

Consumer advice can be found in the Consumer Resources section, this contains information to assist the jewellery-buying public, for example: Types of Jewelry Appraisals and Jewelry Trade Asociations etc.